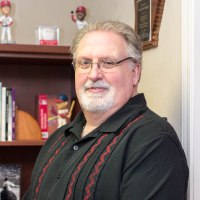 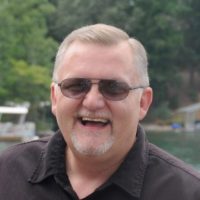 Today (January 11) begins my first full day in Bismarck and the NCR for the New Year.  Sonja and I arrived back yesterday around 3:00 p.m. from our holiday travels.  (Thank God for traveling mercy!)  It was also on this same day in 2018 that we first arrived in Bismarck.  What a wonderful four years it has been.  Such treasured new friends, new ministry, new sights, and lifelong precious memories.  I’m looking forward to a great 2022 as we continue to Run2Win.

Can’t get much better than that!

This week I started Mark Batterson’s book: Grave Robber, which is about the miracles of Jesus during his earthly ministry.  I liked the title of the first chapter: The Day Water Blushed, (When Jesus turned the water into wine), and I liked this quote, it keeps things in perspective.

“Don’t seek miracles.  Follow Jesus.  And if you follow Jesus long enough and far enough, you’ll eventually find yourself in the middle of some miracles.”

Like those people who drive around chasing storms in hopes of observing a tornado, many people are more intrigued by the miracles of Jesus than they with Jesus.

Why do we name our cars?

Whatever the reason, I’ve always named my cars but I gave them all the same name—“Ole Betsy”.  (I’m not very creative when it comes to naming things.  Another example of this is that me, my son, and his son are all named David Lee.)

Why “Ole Betsy”?  Beats me, but that has been the on-going name for every car I’ve owned…until now.

With the new Tahoe the Church of God in South Carolina donated to the Region for me to drive, Ole Betsy just didn’t seem right for that beast.  So I’ve come up with a new name.

I’ve come up with the perfect Northwest name: Teddy (for Teddy Roosevelt).

I knew little of Teddy Roosevelt until moving to the Northwest but his bigger than life shadow still looms out here.

Honestly, if Teddy Roosevelt were alive today I suspect he would have driven  a huge dually four-wheel drive truck most days, but most definitely a Tahoe would have been his Sunday-go-to-meeting drive.

Yelp, I’ve got this one right.  Ole Betsy will not do for the Regional Tahoe – it has officially been christened: Teddy.

Something I’ve been thinking about lately.

You will never hear a parent say to their children, “Let me teach you how to play.”

Playing is as natural as breathing to children.  Why is that?  Share any thoughts you may have in the comment section at the bottom of this blog.  I’d be curious to hear your thoughts on the matter.

Money Matters: The Stock Market is off to a rocky start this year.  But let me remind you of two things…

So don’t panic, buying low is the goal.  This may be a season when great companies go on sale.  And there are several brokerage companies that allow investors to buy fractional shares commission free.

So, there’s no excuse to save a dollar or two each week and become part-owner of some of the greatest companies in the world.

(Disclaimer: My goal with this section is not to be your financial advisor.  I just want you to be money-smart for money gives you more options to do good things and live a better life.)

I spoke to my son earlier today (January 15).  He and his family had loaded up earlier in the morning and headed out for Baltimore, MD (trying to get ahead of a projected winter storm) where they will depart on Tuesday for a three-year assignment in Germany for the US Army.

It all seems so surreal.  Should I live, over the last three years and over the next three years (six years) I will only have been in the presence of my son and his family a very few days.

It is a reminder to treasure every single moment we have with those we love.

I know, in Jesus, we have the hope of being together forever in heaven, but heaven seems a long way away when you’re saying goodbye now.

Well, enough of that…

Here’s wishing you a great weekend.

Hug as many of your loved ones as you can and keep Running2Win.