Over the weekend Sonja and I were privileged to be a part of a special Memorial Day ceremony.

A part of the ceremony involved honored the veterans there were present.  As I watched those men and women, most in their 60’s and 70’s and some even in their 80’s (the oldest two being 89) make their way to the front I thought of my own son who is currently serving our Country as an army chaplain. I leaned over and whispered to my wife, “These sorts of ceremonies take on a whole new meaning when you have skin in the game.” 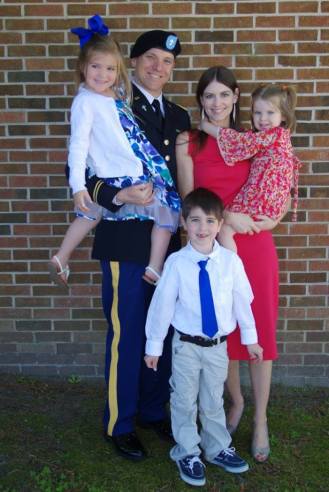 War is an ugly thing, but not the ugliest of things. The decayed and degraded state of moral and patriotic feeling which thinks that nothing is worth war is much worse. The person who has nothing for which he is willing to fight, nothing which is more important than his own personal safety, is a miserable creature and has no chance of being free unless made and kept so by the exertions of better men than himself.”

One thought on “Skin in the game…”

BeautyBeyondBones
The ONE THING

Serving and Learning Together since 2013